In 1885 a group of Finnish-born settlers from Northern Michigan crossed into Canada at Sault Ste. Marie and walked the 180 miles to Copper Cliff.  This group included Eerik Erikson, Tuomas Jacobson, Eerik Karppi, Jaakob Kari, Juho Lauttamus, Matti Makela and Jacob Ollila.  Early Finnish workers in Copper Cliff settled in an area known as Shantytown.  An area roughly bordered by the Copper Cliff Dairy building, the Museum and Succo Street.
In 1886 rents on leased land in both the Copper Cliff settlement and Shantytown were a modest twenty-five cents a month.  Leases forbade the sale of liquor and gave the company the right to approve the purchaser when privately owned buildings were sold.

John Dunlop Evans, an engineer and surveyor, was one of the early managers of the Canadian Copper Company.  He was involved in the layout of Shantytown, although no Company houses were built there.  From his diary:


In the 1891 Census of McKim and McKim and Chisholm Townships, groups of Finnish people were boarding at half a dozen main houses run by Mary and Samuel Harju, Mary and Reuben McEwan (Scottish origin), Thomas Jacobson, John Harikson, and others.

In his recollections of Shantytown, Albert Forsyth, a teacher at the original school in 1898 said “The village of Copper Cliff with its shanty town starting in the south and west of the streetcar station and adjacent section of line, was well named.  Old log houses, black with age and sulphur fumes, ranged irregularly with little shacks built of pine slabs and tar paper.  In many of those old log houses, with the uneven floors, small windows and rough board doors, there was genuine cordial hospitality, combined with most delicious home-cooked, bountiful meals.” 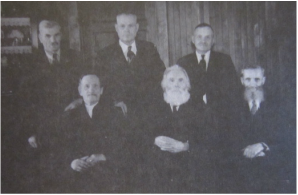 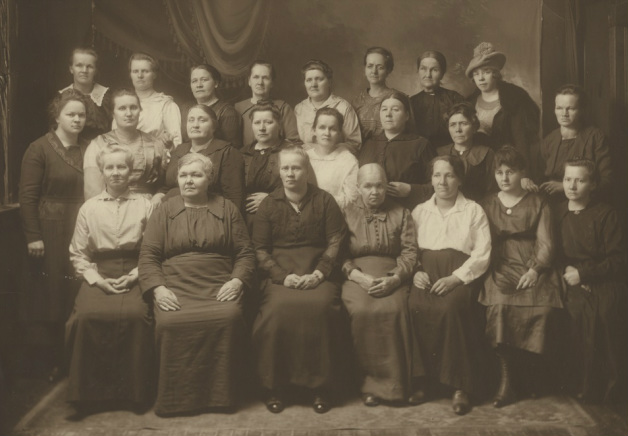 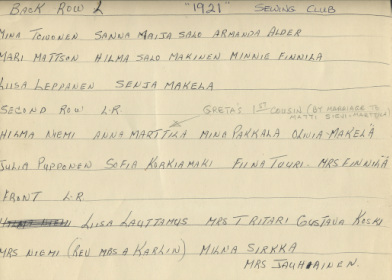 In addition to chairing the original Wuoristo congregational committee and being a member of the Temperance Society, Herman Koski was also an early church organist.  Visiting pastors boarded at the Koski home.

Herman’s wife Greeta, established the Copper Cliff Ladies Aid in 1897, along with Pastor Hoikka.  The group was involved in fundraising for the church, and Red Cross activities during the wars.

Herman and Greeta’s children were:

In 1920 Herman Koski, labourer was living at 65 Balsam Street with Lina.  John Koski was living at 13 Finland Street and worked for International Nickel. 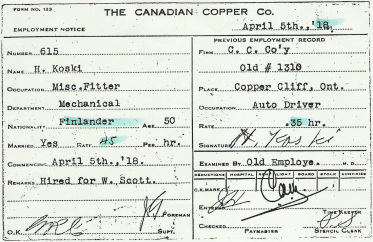 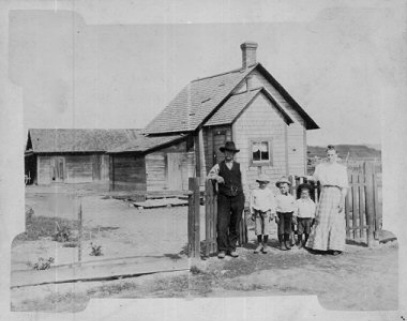 John Ristimaki family in front of their home on Succo Street. City of Greater Sudbury Heritage Museums Collection. Children in the photo are August Martin, born 1900; Niilo John, born 1903 and Charles G., born 1904, all born in Copper Cliff. Thank you to Ed Koski and Bill Makinen for their identification of the children.

Other businesses on Poplar Street

Open the following files to read the O'Flynn Grocery Price List for February 1914.

Other Businesses on Balsam Street 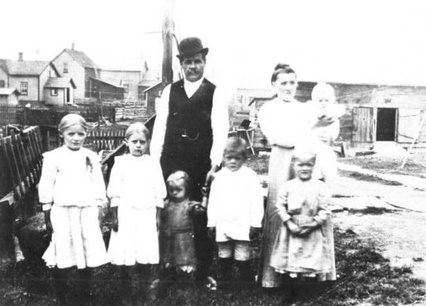 In August of 1910 D. Blue and the Copper Cliff Dairy assured the people that they would maintain the price of bread and milk in spite of the threatened inflation. 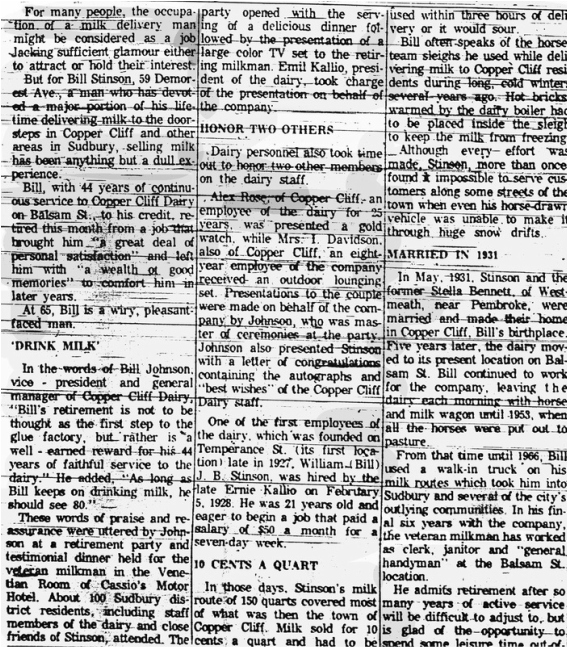 The Youth Society was founded on February 15, 1903.  The Finland Hall, owned by the Young People’s Society of Copper Cliff was located at 353 Temperance Street.  The youth organization worked closely with the church and provided many activities such as gymnastics, sports, theatre and choir.  The hall was a centre of social and cultural activity in the community.

At a Copper Cliff council meeting on January 1, 1915, a petition was presented, signed by 59 Finlanders, asking the town to do something to provide work for them during the winter.  The council asked for further information as to how many of the men were married and whether they were genuine residents of Copper Cliff.  The relief committee issued invitations for a charity ball to be held in Finland Hall on January 19, 1915.  The Rex Orchestra was hired to furnish the music.  K. L. Newton was secretary for the occasion.

In March 1915 the hall was destroyed by fire.  Rumor was that it was a case of arson, but no charges were ever laid.  A new hall was build in the East Smelter settlement.  See Places - East Smelter and Johnson Extension.

In 1913 Rev. Arvi Heinonen, an anti-socialist, established the Copper Cliff Presbyterian Mission (Finnish) as a company-sanctioned church.  It was located at the present site of the Copper Cliff Dairy building.  It was called ‘Franssi’s Church’, a reference to supporter Tuomas A. Franssi, a local merchant.  The ground floor was used as a church and the second floor for social and educational purposes.  Read more ‘Between a Rock and a Hard Place:  A Historical Geography of the Finns in the Sudbury Area by Oiva W. Saarinen’.

In 1913 Copper Cliff was the largest Finnish settlement in the Dominion of Canada. 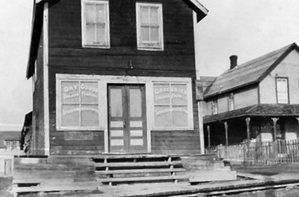 From 1926 to 1931 Thomas Franssi was appointed as Finnish Vice-consul at Copper Cliff.  File Archives Canada.